The cost of auto insurance continues to rise like most goods and services these days, and in this case, part of the reason for that is that there continues to be a high rate of accidents in the state of Florida, especially those involving teen drivers. Teens are routinely placed in the higher risk pool due to their inexperience and relative immaturity, so that means they will automatically be assigned the highest premiums for auto coverage as well.

That will always make it harder to find affordable car insurance for your teen, and you’ll probably have to invest a lot more time than you would just to find adequate coverage for an adult driver. In this discussion, we’ll consider why it is that auto insurance costs so much more for teens, what you can expect to pay for teen coverage, and which companies offer the lowest rates for teen insurance policies.

How Much Does it Cost to Insure a Teen?

Presently in the state of Florida, it will cost approximately $7,000 per year to ensure a teenage driver between the ages of 16 and 19. This, of course, is a very broad figure, and it will be impacted up or down by the type of car being driven, coverage amounts, and whether or not the teen will be purchasing an individual policy or added to a family policy.

If you’re adding your teen driver onto an existing family policy, it will cost significantly less per year, and if you’re purchasing minimum Florida requirements for insurance, that will also bring the cost down. However, if your teen is driving a new sports car and is purchasing individual insurance, you can probably expect to pay considerably more than the average cost for teen insurance in the state.

Why do Teens Cost More?

It’s not at all surprising that the cost of insurance for teen drivers is generally considerably more than it would be for an adult driver. First of all, teens don’t really finish their emotional development until midway through their 20’s, and that means that they are still emotional drivers who are prone to engage in risky driving behaviors. This might involve speeding, jackrabbit starts, harsh braking, weaving in and out of traffic, and other dangerous tactics on the road which could result in serious accidents.

The fact that teens are relatively new to the whole driving experience is another factor which places them in a risk pool, simply because they haven’t been exposed to a great many incidents on the roadway, and are less likely to handle them appropriately when encountered. There’s another reason why teen auto insurance is routinely very expensive, and that involves the fact that more teens are involved in auto accidents than any other age group.

Undoubtedly, the experience factor contributes to this, and sometimes the immaturity factor may also play a role. Whatever the contributing factors are, it’s an indisputable fact that teens are statistically the worst drivers of any age group and that they are the most dangerous behind the wheel. Since this group of drivers routinely makes the most number of claims against insurance companies, it simply stands to reason that it’s going to cost them more to obtain auto insurance coverage.

Who has the Cheapest Car Insurance for Teens?

Two obvious conclusions which can be easily drawn from this statistic is the fact that annual coverage jumps significantly when a teenage driver is put on the policy, and that insurance coverage is much cheaper for teenage girls than it is for teenage boys. With girls being considered safer drivers due to their faster emotional development, it’s easier to find a relatively inexpensive rate for a teenage female driver than it is to find the same coverage for a boy.

According to the most recent survey, the Florida insurance carrier offering the cheapest rate for a teenage driver on a family policy was State Farm Insurance. The costs for a State Farm policy which added a teenage daughter on was $2,633, and the cost for adding a teenage son was $2,910, which does not amount to a huge difference between the genders.

The second cheapest company in the state of Florida for those same parameters is the Allstate Insurance Company. Allstate offers a policy costing $2,881 per year when adding an 18-year-old daughter, and $3,378 per year when adding an 18-year-old son, which is a bigger differential than State Farm. Those same guidelines when applied to the Geico insurance policy, will result in an annual cost of $3,488 for the female teen and $4,336 for the male teenager, which is an even greater gender differential.

Keep in mind that these are three of the lowest insurance carriers in the state of Florida with regard to providing coverage for teens. By conducting extensive research on your own, you might be able to find less expensive rates, but chances are you won’t do a whole lot better than the quotes provided above.

Finding the cheapest car insurance for teens is a little more difficult than finding inexpensive coverage for an adult because the rates for teens are automatically going to be considerably higher. However, if you’re an insurance agent which has access to hundreds of insurance carriers, it becomes a little easier to locate one which can provide adequate coverage at an affordable rate, so your teen can be insured. Contact us at Affordable Car Insurance of Tampa, so we can go to work on your behalf to find suitable coverage for your teen driver, at a rate which fits within your monthly budget. 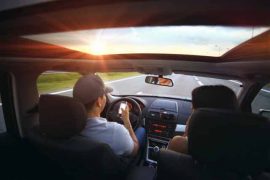 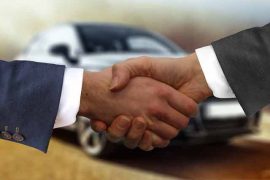 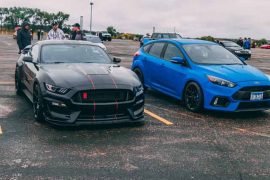