It is no big secret that Mercedes-Benz has grown into one of the most well-known brands of cars on the market in the entire world. In fact, it is not a coincidence that this very successful car manufacturer has been running a very profitable revenue-earning operation since the beginning of the 20th century.

What is interesting, however, is that while most people associate the Mercedes-Benz brand with a very upscale type of automobile, it is very involved with many other types of businesses as well.

Fun Facts About Mercedes-Benz and Dealers

Here are some of the fun certainties that you probably didn’t know about the Mercedes-Benz brand and dealers like Northstar Motors.

Mercedes-Benz was Originally Founded in 1926:

While the creators of the brand originally came together back in 1926 for other reasons, Mercedes-Benz also created at the same time. It was Benz & Cie and Daimler-Motoren-Gesellschaft, who combined forces, each bringing their elements to the table. Both companies did exist prior to their merger; it is no big surprise to discover that the actual roots of Mercedes-Benz started much sooner than that.

The Mercedes part of Mercedes-Benz was the name of a previous very well-known car that had been produced by Daimler-Motoren-Gesellschaft. At the same time, on the Benz & Cie Side of things, some people claim that they had their start with cars back in 1886. What this means is that Mercedes-Benz’s roots can be traced back to the time frame when cars first invented.

Was Originally Named After a Girl:

If you have visited or lived in Span or the surrounding area. There is a good chance that you know how popular the name Mercedes is for women. While the origin of this is not exactly known. It is believed that the name came into existence as it is a contraction of Maria de las Mercedes. Which in Spain and other Spanish speaking countries, means the Virgin Mary.

It should be no big surprise very first car that was called a Mercedes was named after a woman. As if that weren’t enough, it did the name for Emil Jellinek’s daughter, who was a diplomat from Australia who was also a racing enthusiast. Jellinek was not only a racing enthusiast, but he also raced cars for Daimler-Motoren-Gesellschaft and had quite a bit of success in the process.

All the Numbers are in Regard to Displacement:

Have you ever wondered why each model of Mercedes has a different set of numbers and letters in its name? Those numbers and letters give a lot of information about the model of the car. The model’s name number referred to the amount of displacement that the internal combustion engine is going to provide. Numbers going to be the amount of displacement that the engine makes in liters and then multiplied by 100. This is the exact reason that the new versions of their cars keep getting larger and larger model numbers. 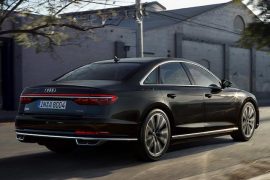